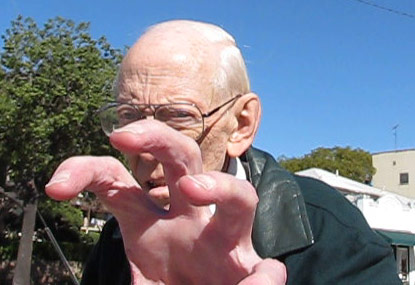 For the most up-to-date collection of my videos please go to Vimeo.com . I host my videos on Vimeo because, in the past, the cult has been very successful at getting me thrown off of YouTube. In 2008 I had to host my videos on a Russian clone of YouTube called RuTube.ru. Yes I had to flee to the former Soviet Union to find freedom of expression on the Internet! People regularly tell me on youtube as of 2021 that they have been mysteriously "unsubscribed" to me or the "bell" alert was turned off.

Their favorite anti-YouTube techniques included marking protester's comments as spam, making endless content complaints and spurious copyright claims. So many cultists or private investigators would do this at once that YouTube's robotic scripts would automatically delete videos or punish member's accounts with demerits. Just the appearance of some of my videos have caused legal repercussions and/or new landscaping.  District Attorneys have been amazed that I and the cult submit the same evidence:  my videos.  Some were shot by me in the first person, others were shot by Anons on the scene at the time of the raid.  Some footage was even taken by Scientologists and they only gave it up in court.

You want comedy? You want drama?  The Pope's got it all! None of these things are staged. It's just Anonymous vs. Scientology and their most evil lawyer Kendrick Moxon.  Videos by category below.