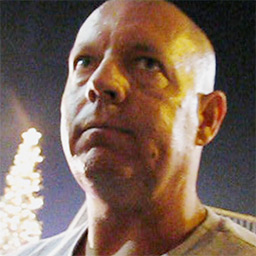 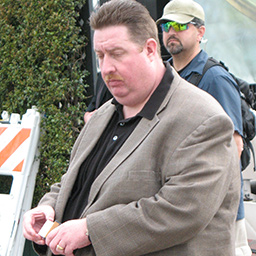 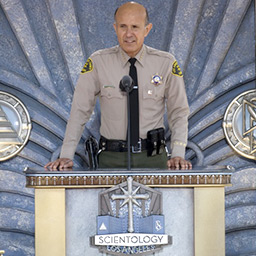 RIVERSIDE COUNTY SUPERVISOR JEFF STONE
PASADENA MAYOR BILL BOGARD
Bogaard spoke to Scientologists and guests at the dedication and opening of the Church of Scientology of Pasadena on Sunday, July 18, 2010: “With this beautifully restored structure in Old Pasadena, the Church represents not only a growing religion, but an important factor in the future of this city. So, it is a pleasure for me to extend a cordial welcome to you and this extraordinary Church of Scientology of Pasadena with its long history of service to the community.”
PASADENA CHAMBER OF COMMERCE PRESIDENT PAUL LITTLE
Pasadena Chamber of Commerce President and CEO Paul Little addressed Scientologists and guests at opening ceremonies of the new Church of Scientology of Pasadena on July 18, 2010: “You are always there. Your devotion to the people of this city, your ability to enhance the quality of our life wherever you work—that's what I've come to know as the hallmark of the Church of Scientology. You have made a profound and lasting statement of your dedication to Pasadena and to the great society we know we can be.” 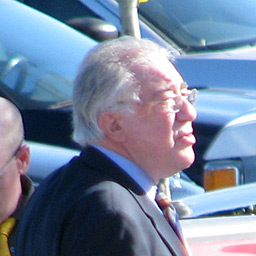 ELLIOT ABELSON
Outside lawyer hired by cult. He is reputedly their highest paid employee. Plenty of well-meaning church donations instead go straight to him. My lawyer, Graham Berry, estimates Abelson now makes between half a million and $750,000 per year as a one man law firm. He is totally in it for the money and is not a cultist. But he earns his keep. Despite his age, like all the other OSA people, he is made to run up and down stairs in the Los Angeles offices rushing to do the bidding of David Miscavige and other higher ups. He often comes to Gold or to the courthouses of Downtown LA, Riverside and Murietta when protesters like me make demands on the cult legal system.

SAMUEL ALHADEFF
Buchanan, Ingersoll & Rooney
Overland Corporate Center
41607 Margarita Road, Suite 10Temecula, CA 92591-2984
951-719-3640 -
This Riverside California lawyer, who works for the firm of Buchanan, Ingersoll & Rooney, is the cult's go to man for legal issues in the county. According to his website at the time he "He primarily focuses on real estate purchases and sales, development, land use, mortgage financing and credit transactions. "   He spoke to the Riverside Board of Supervisors when Scientology was desperate to get protesting made illegal on their property. Alhadeff's work resulted in the pointless and time wasting Ordinance 884 which did nothing to prevent protests but, by accident, made it easier for child molesters to live in Riverside county without fear of protests.He contines to be involved in the cult's long term goal of closing Gilman Hot Springs Road. It runs right through the middle of Scientology's global headquarters, Gold Base. The road is considered by Scientology to be a major security issue.  It makes it easier for cultists who get over the fence to escape. It also provides a venue for protesting.

DAVID CANTRELL
Kendrick Moxon has filed a motion to compel my deposition in the AnonOrange beating case. That means he wants me to come back in and answer more questions. And he is demanding $7,230.91 in compensation for himself and his "lawyer's lawyer" David Cantrell (right).