﻿
VIDEOS OF HANDLER PATRICIA J. BABER
She is so loyal to the cult she cannot be converted and was thus elected "Head Handler"

In the early days of Scientology Anonymous protesting Patty Baber was the leader of the pack! Of handlers. Handlers were people the cult sent out to deal with protesters and their "entheta," anti-Scientology propaganda.  No regular cultist could be trusted to do this.  They might get unbrainwashed.  Instead chain smoking flying monkey Patty and her minions were sent .  These people had fallen out of favor with Scientology and were now begging to get back in.  They could not be un-brainwashed. This was how they regained favor with the great leader of the cult David Miscavige.

Protesters loved it when handlers came out.  Patty got in endless arguments with them.  Of course, distracting protesters and keeping them in one place is part of a handlers job.  I never fell for that.  The cult never seemed to realize that the handlers were also motivating people to show up.  If they had just kept handlers inside the protesters would have gotten bored a lot faster.

By 2011 Anonymous protests had dwindled and the appearance of handlers became rarer and rarer.  And when they did show up they looked very uncomfortable.  Patty has not been seen since November 2009.  Perhaps she has completed her mission and been rewarded with ... ugh ... the chance to be a Scientologist again!  Whatta booby prize.

I met Patty in 1975 at the Albuquerque Org. She was on staff at that time and we became friends over the years.

She eventually went to LA to get ED (executive director) training. She came back to Albuquerque as the ED and put in a program that got her sent to FOLO (Flag Operations Liaison Office) for a comm ev (committe of evaulation - Scientology Kangaroo Court). I was also sent since I agreed with the program and was the LRH Comm (personal spokesman for the cult leader) at the time. So we were both in trouble for mutiny. :)

After the comm ev she went to Alaska to marry a guy she met while getting her ED training. They had fallen in love and were to be married. He was the ED of the org and his name was Bob something. After she had been there awhile he broke it off because he said he thought he was a bigger Thetan (soul). Whatever that means.

She had a young daughter named Rachel and was a good mother. No, she wasn't married. She did have some out 2D (family infidelity) problems but she wasn't alone. I don't think I've met many people who haven't had problems with relationships. 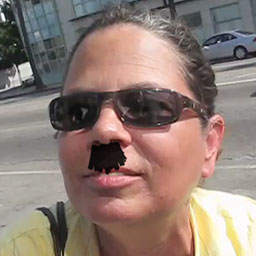 She came back to LA and joined the Sea Org at ASHO (American St. Hill Org) and ended up marrying somebody on staff there. I don't know how long that lasted.

I haven't had any contact with Patty since around 1985. BTW I never said she was a stripper since she wasn't. I have no knowledge of her marriage to Brian.

I do know she is a hard core Scilon and if you want to have any kind of impact on her you need to get the facts straight. A lot of stuff said about Patty has been wrong. For instance; she dated a guy named KEVIN True...not Kenneth True.

She thinks I have been spreading lies about her and that's fine with me. But at least try to hit her with facts when confronting her. Otherwise she'll just feel justified in thinking we're all liars and SPs (critics). We ARE SPs but who's counting? :)

MORE DATA ON PATTY
It's common knowledge that Patty was once part of the Sea Org until she abandoned her husband for another man. She took her then-young daughter, Rachel Naomi Baber, up to Alaska with this other man. She was than declared an SP.

The man abandoned her and her daughter in Alaska because he deemed Patty "not thetan enough" for him, and Patty had to beg to her way back into into Scientology.

She spent a few years in Albuquergue, New Mexico to work on her "ethics" from when she left. In the mid-90's, Rachel Naomi had to do a drug rundown before she was allowed to join the Sea Org. Rachel is on post at PAC & lives in the Big Blue.

Poor Patty has worked very hard, sacrificing much of her personal time, to do OSA's bidding and to stalk anons. But, Poor Patty has not excelled much since begging her way back into the cult.

Patty has had to endure numerous ethics handlings for her business failures and her consistently being out 2D. Out-2D - Scienowiki

Over the last 2 years, Poor Patty has had to endure much more anxiety & insecurities as a result of her latest conquest, her husband of 1 year, Brian Lamont Pearce leaving her.

Patty & Brian had a short-lived business together:

Patty's mother & brother Scott & Keith used to be Scientologists. They are now out and per the disconnection policy, poor miserable Patty does not speak to them.

Smurf, AGP, and a few others have tried to talk to Patty about her past, why she felt compelled to beg her way back to the cult and acts out like she does whenever Anons protest, revealing how deeply disturbed & contemptuous Poor Patty is.

Next time you see Patty, ask her how Brian Pearce is doing.