MY BEST INTERVIEW EVER ON THE 13 O'CLOCK PODCAST 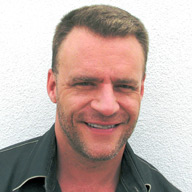 SEPTEMBER 2016:  On this super-sized episode, Jenny and Tom risk lawsuits, assassination attempts, and the butt hurt disapproval of Tom Cruise by poking fun at the weird and wacky world of Scientology with infamous Scientology protester The Angry Gay Pope, who has spent the past eight years trolling the ludicrous “church” and documenting every hilarious second of it on his magical YouTube channel. Listen, laugh, visit his site, and donate to his Patreon so he can continue his glorious takedown of this loony and dangerous cult.

Turn your clocks to 13 for the EXACT AND CANONICAL AGP interviews. Not just fans, these two are addicts of mine. Because they live in Florida they have had ample opportunity to watch Scientology in action.

Grab hold of your e-meters and prepare to body route your thetans (or something), because the Angry Gay Pope has returned to give an update on what’s been going on in the wild, wacky world of Scientology! Hear all about AGP’s stealth raid of the Inglewood org, the latest gossip about sexy cult security guards, and the possibility of Shelly Miscavige being held prisoner at the Twin Peaks secret base, plus lots more hilarious anecdotes and digressions. Fetch a tall glass of milk in which to dip your Oreo cookie of supremacy, and prepare for an extra-special episode 43 of the 13 O’Clock Podcast!

FEBRUARY 2018:  It's another super-sized and super-special episode featuring one of our favorite people, the Angry Gay Pope! Yes, his holiness has taken time out from his ongoing and heroic efforts against the cult of Scientology to speak with Tom and Jenny about his latest exploits and updates about what's going on with the "church." Please enjoy not only AGP's third appearance on our show, but also a current event tidbit about a chiropractor in South Carolina who has been accused of sexual assault and of trying to convert one of his employees into Scientology. Body route your thetans (or whatever) and get ready to hear some entheta on episode 80 of 13 O'Clock.

ALL ABOUT ANONYMOUS V SCIENTOLOGY 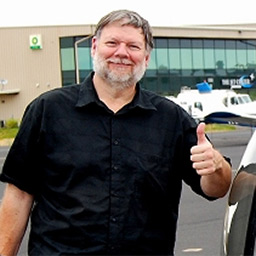 Protester Mark Bunker and Scientology whistle blower Karen de la Carriere tell you all about Anonymous and it's war with the Church of Scientology. Mark's summary is very good and quick, but has been heard before. Then Karen adds new data and rounds out the story with her own personal observations while in the Church during Anon protests. Mark is famous for making badly lit talking head videos about the cult.
Has Mark Bunker every interviewed me, the Angry Gay Pope? No, he basically ignores my existence. Intimidated?