MARCH 2016:  This month I went to the dreary downtown LA Clara Shortridge Foltz criminal justice center, a 1970's mess that is falling apart and even the drinking fountains don't work.  The entrance, in particular, is falling to bits around the people walking in.  Clara Shortridge Foltz was a very important legal figure and one of the first women in America to become a lawyer (before her it was illegal, at least in CA).  Well she isn't exactly getting a major tribute by naming this dilapidated building after her.

I was there with my lawyer, Graham Berry, for my arraignment on charges of battery, tresspassing and interrupting a religious service.  Arraignment is a formal reading of a criminal charging document in the presence of the defendant to inform the defendant of the charges against them. In response to arraignment, the accused is expected to enter a plea. Acceptable pleas vary among jurisdictions, but they generally include "guilty", "not guilty" and "no contest." According to Wikipedia, In California, arraignments must be conducted without unnecessary delay and, in any event, within 48 hours of arrest, excluding weekends and holidays. An individual arrested without a warrant may be held for as long as 168 hours (7 days) without arraignment or charge in some cases. Unfortunately the court system is so broken and backlogged plenty of people sit in jail waiting for a judge to get to them.  By the above standards I should have been before the judge on Monday.  But my lawyer was told I would be in court on Tuesday at 8:30 AM.  Pffft, the court could barely even FIND me despite the fact that I was wearing a wristband with a UPC scanner code identifying me. My legal adviser didn't manage to get me released until the afternoon and I never went before the judge. 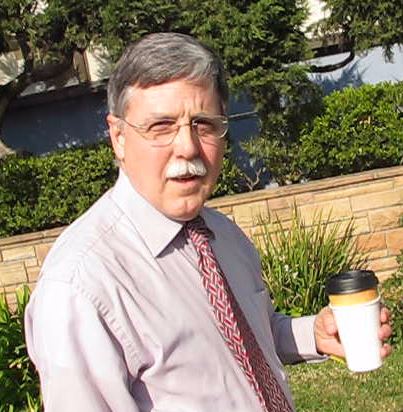 On the way to court this day in March I got on the Vermont and Sunset subway station near Big Blue, the Scientology main complex.  Ken Long, OSA-bot was waiting at the tracks reading documents on a digital tablet.  I said "You should be more aware of your environment Ken."  He barely nodded at me and appeared totally unafraid.  I said "I didn't know Scientologists's could read the Internet."  He ignored me.  I wondered "Are they shifting this court case away from guard Odo Huber for some reason? Are we going to the same place downtown?" If so he did not appear frightened of me in any way.

I got on a different car in the subway and rode the red line downtown to see the judge.

When I walked into the courtroom my lawyer and I were not surprised to see Kendrick Moxon, Church in-house attorney and our eternal legal nemesis.  But my lawyer was surprised to see Ken Long, OSA (Office of Special Affairs) member.  I was not as I had seen him in the subway.  We were given legal documents the police had filed with the court regarding this incident.  The Church's description of what happened had no relationship to my version of events.  Instead of cult bike guard Odo Huber's crotch being the alleged "victim" it is now Ken Long's butt! The Church works in strange and mysterious ways.

My lawyer is demanding a lot of video from their many security cameras but they can't possibly give any of it to the court.  It would show Ken Long to be a filer of a false police report, me to be innocent and the cops to be corrupt and guilty.  In the trial protester Anonorange waged against them after their guards beat him the cult gave up nothing in this "discovery" portion.

I plead "not guilty" to all charges and agreed to a stay away order from Ken Long, which doesn't bother me at all since I had voluntarily stayed away from the location since November 2015 because of the sensitivity of this issue.  But I didn't give up protesting as I went to their Winter Wonderland about a month later.  Charges were filed in January of 2016.  Happy New Year!

After a few days my lawyer finally figured out why the name of the "arresting officer" on my prison form was "PPALONGG" with a serial number of "NONE."  That document is shown at right.  This really puzzled me in jail and no cop or deputy could explain what it meant.  That's because I didn't know PPA means private persons arrest. I didn't know Ken Long was the one charging me, not cult guard Odo Huber.  Plus, the cop and spelled the name "Long" wrong.  As in "LAPD has a long history of corruption."  In other words, the form meant it was a private person's arrest by Ken Long.  Mystery solved.

Of course it would not have been a mystery if the arresting officers had done their jobs and interviewed both sides. But they were clearly paid off to get me out of there as soon as possible.  They told me nothing but the charge.