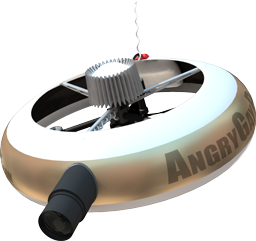 I warn fans not to drink fluids in front of their computers while watching my comedy videos. The Pope is not responsible for ruined monitors!

Scientologists take the world very seriously. They have no sense of humor or irony.  And their view of the Earth (Teegeeack) is so skewed they often make silly decisions.  My lawyer calls them "the Keystone cult."  Their paranoia makes it hard for their workers to get in and out of buildings.  Their constant lying makes them contradict themselves sometimes in mid-sentence.  Their use of language is ridiculous.  Plus some of the Sea Org workers are fed low protein diets, are sleep deprived and undergo other situations designed to stop them from thinking.  Perfect comic stooges!

All of this makes for simply hilarious comedy. But be forewarned, tragedy is never far.  The cult is a great comic villain because it is so foolish but also ... Scientology kills innocent people.  Which is just what you want in a bad guy.

SEE ALL MY FUNNY VIDEOS ON VIMEO